In the US this weekend is special, it is Memorial Day weekend. On Monday we are to observe a holiday that is dedicated to pausing to recall our veterans of the military who have fought for our freedom. It is one of the most important holidays we have as as a federal holiday, as there are so many fallen men and women who have blazed the trail for our country. 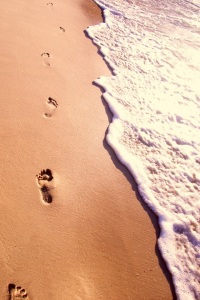 They should not be forgotten.

It is also the unofficial beginning of summer. Even though summer solstice isn’t until June – this holiday weekend seems to be the launch of summer, and for all things that it means. My memories of this Memorial Day weekend have always been steeped in tradition and anticipation. Over the years it came to signify the end of the school season and the beginning of some serious length of days off. Of course once you are out of school it’s different. But the ghost of that feeling is still there.

Other summer memories of smells, sound and sun kick in as well. Barbeque on the grill meant that smell of lighter fluid and briquets that had a pungent petroleum smell that always ended up in good eats! The sun-tan lotion that smelled like coconut. The cold brew taste of beer and the music that was pure-pop, originally on some little tinny radio on AM but later blasting thru the latest size of boombox. The Beach Boys begat the psychedelic pop of the late sixties, that brought on the dancing music of the seventies and the punk of the eighties and grunge rock of the nineties, but there was always something that would wrap the sounds of the summer in a package.

So for me the summer begins, not so idyllic as it once was, but summer none the less. Some promise of some “summer vacation” where there could be some “summer fun” (cue the Grease song). Some days when it will be too hot to go out but we will anyway to take in the summer. Nites on the patio with a cold sweating drink, time around the pools or at the beach. Perhaps some time onboard a boat on the cool water of the ocean or lake of your choice. What ever it is, summer is here.

The bookend to that will be that weekend at the end of summer. The unofficial end on Labor Day weekend in the US when we all begin our journey to the fall season. Bring out the warmer clothes in anticipation of those crisp autumn days where we can enjoy trees changing colors and fire pits with a warm glow. But until then, it is time to soak up the sun. May it be a wonderful summer.

One thought on “Summer Begins”