Something Left To Give 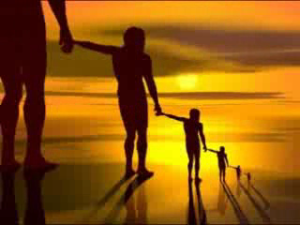 As we grow older it seems, priorities change don’t they? When I was younger getting through each day meant something quite different from what it does now. In some ways I was always wishing hard for the weekend, where I could more intensely enjoy the company of my friends. Raise the roof and party. I was in a rock band in my early days and there was always something about the weekend. Gigs at local schools and pubs, party’s with long nights of drinking beer and smoking and pretending to be so worldly about our observations of love and the world around us.

But as I grew older giving was more significant than receiving. It became more important to be part of something that would last. It’s not that everything has to be “important”- but somehow I guess having kids will put a whole new perspective on that. As I had written in a previous post a while back, my father-in-law lived to the ripe old age of 90. And though all of his years fortunately old age did not shake is memory or faculties. He was a vibrant person pretty much till the end. One of the most important thing he wanted from life was to “be remembered”.

So now as I gain years and hopefully get wiser with age, I hope that I can have “something left to give” and that all of my children (even the lost one I haven’t seen in 10 years) can gain from the insight of the world around them. They won’t let the world pass by them and not notice the greatness of life, the wonder, grace and compassion.  They will find ways to give to life the blessings God has provided, they will be conscious of the opportunity and it will become the reason that generations ahead will benefit from the wisdom they leave behind.

This is a song that always reminds me of that idea. One my children introduced it to me. From The Starting Line. It’s several years old, but I have frequently came back to this song and its words.   ♥

2 thoughts on “Something Left To Give”