Archive for the tag “Time”

Coming up on my the end of my 2nd year of posting to “tracks in the dust” and I think I have shared my thoughts a lot on time and its passages. It is truly thinking through the concept of the idea of our tracks we leave behind us in our lives. Each day,each hour we have during our mission here on earth, time passes and we have less of it until that moment our life ends in this form.

Time is something no one can change once it has passed, and everyone is subject to it in the moment that is “now”.

There are so much said on the blogs here in WordPress, so many books written about it, so many songs ( there I am again in the musical mode). It is

We all are subject to the changes that time deals out.  It changes everything – except that when it tries to change us we seem to so often be surprised. Go figure I guess.

We all understand that there is no way to stop the clock and wait for things, as much as we sometimes wish. Like stopping a terminal illness until a cure, it won’t happen. It is 5 years since my cancer surgery and start of radiation treatments and time has been kind. I have been blessed that the ongoing treatments invented to help fight the disease are helping, and that while I am surviving  as new things are being discovered to help further fight it. Count on the fact there will always be that race.

My kids will often wish that time would hurry, so they could get to the next thing in their lives. Live for the big event, live for the weekend. Look out toward the horizon. But they stop looking at the “now” and cherishing what that is. I think that comes with age (maybe) or the wisdom that is provided us by the life we live and the perils in it.

Which all leads up to the point I have made again and again. The secret of life is enjoying the passage of time.

Enjoying while you can. It is yours to spend until the end… time waits for no one.

Some of my favorite songs about time:

Ambrosia: Time Waits for No One

Like Loading...
Posted in Learning Lessons Along the Journey Of Life and tagged Acceptance, cherishing time, counting out time, Definitions, life is precious, Memories, moments, Music, Slow Down, songs about time, the secret of life, Time, tracks in the dust, wasting time

106 Billion People Since the Beginning of Time

Microscopic view of sand on the beach

We’re significant. We are in motion through time and we are able to influence the future right now in everything we do.

It may sometimes seem that we are like a small speck of sand on the beach.  It has been estimated that a total of 106 billion people have been born since the dawn of the human race (depending on which scientists you want to believe).

But in the process of our lives, we have an opportunity to impact each person and thing around us. Often we may not take it seriously. For some it is maybe a religious search for meaning, for others maybe it is as simple as while we are here we live as we live and then we’re done. (Not my perspective btw).

So you can just get overwhelmed by the sheer thought of it, or you can suck it up and get going. Each moment as you see someone in the street, at work or school. Whether you are meeting them for the first time or maybe the only time, you can influence their perspective on you, on life or just change the moment and send them in a new direction. You may never know you did it, but it can happen. Something you say, something you do, something in your attitude may change how they look at the day or at life itself.

But with your self-absorbed you, you can miss it. You can forget that in the core of your being you can be part of the purpose of life, part of the trigger that sends things going another direction.

Like the concept of the movie “Butterfly Effect“ or Ray Bradbury‘s short story”Days of Thunder” – where one little incident in the past (a butterfly dying when someone from the future kills it) can change everything about the future.   You have the same effect. Call it the YOU effect.  You can change things about the future in a chain reaction that will go on forever. It could be your part in changing the world. It doesn’t have to be some huge thing you do for “all of mankind” – it is the simple stuff you do everyday.

Don’t stop to look back now- make each day and moment count in the simplest of ways through grace and hope.

In the end, remember that Eternity Matters Most.

Time Waits For No One

I have heard it said that “time waits for no one.” Time is ticking away and as far as we know we have no control over it ( we could argue time travel here i imagine). We try to hold on to the special moments in time. We have many yesterdays that we would work hard to hold on to because they are so unique; they signify something that is special that makes a place and time part of what we are. We would love to go back and experience them again, or change things that went askew, because they have seemed to go by so fast, but meant so much.

But time wont wait. Its time that we want to to remember but even time erodes the details of what made it so special. So we move along the linear thing that is what we call time. Holding on to yesterday with the best of intention, but yesterday is gone. It makes up the fabric of today, but it cannot be brought back to be relived again. It can’t be erased to make bad things go away, or reversed to correct a wrong. So that’s the way God planned it, that’s the way He meant it to be. And it becomes a treasure of a time we can cherish in our memory, or be that day or moment that changed everything after it for the rest of your life and perhaps even beyond that. Indelible, Unchangeable.

That is what we have to do with every day. Look at it as that self contained part of the building blocks that make up who you are today and who you will be tomorrow. But then let it go and look forward to what is next, because time waits for no one. No one but you can own that moment you have experienced behind your eyes. All those unrecorded seconds in time are yours alone. Share them with others, but they will never be as unique as your own experience. They are yours until your last breath. And even time has that one figured out as well. Eternity in the end will be what matters.

Time Travels Forward, Are You? 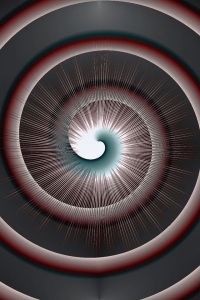 That is what one of my bosses years ago used to say. Either you are making forward progress, looking backward, or you are standing still (side to side is still standing still).

Forward motion is desirable it so it would seem, most the time. The movement is your life’s path, the path that will end when we meet that fateful day somewhere in the unpredictable future. Some days however it is an inch by inch progression forward, other days it can move miles ahead. And then there are those days that seem like things are standing still – even that can be welcomed. No change, no bad news, no good things either- but that could be just what is needed. But generally  forward progress keeps pushing you on…

Looking backwards on life’s path is educational, there may be times and places that you want to return to in your life, but time only moves forward (unless you are in one of those wild time travel movies). You have to learn from your past, but you cannot return to it even if you try, it will always be different from it was as time has made it so.

You may be like some of my younger friends who are in a hurry to move things along. For them it is almost urgent that things change at the fastest pace possible. Running toward the future can be healthy, but it can mean you have the chance to miss some genuinely great experiences along the way, or run into things that can stop you cold. Other times it can feel like you could be running to the end to the end of the path (end of life) much too quickly. I have had close friends that were like that… like almost in a self-destructive way they would do whatever it would take to rush the day along by drinking it way, or smoking it away, even sleeping it away. ( play “Working for the Weekend” song here for the soundtrack)

There are people I know that really want to make things stand still in their lives. No changes. Like being in a comfort-zone, enveloped in a place the is safe. While moving forward for others is urgent, these people are some that are urgently hoping for things to not change…like they are dependant on it. Co-dependant with the lack of change, years later frustrated , they ask themselves “what happened”? Since time and progress was moving all around them. They can’t get that time back, others in forward motion have passed them by, and they start looking backward.  Which is never going to be the same as it was. Of course the best choice is forward, but after so long it is hard.

Like Loading...
Posted in Learning Lessons Along the Journey Of Life and tagged Change, choices, comfort zone, experiences along the way, Forward Progress, life is precious, Reality Check, self, Time, tracks in the dust