Archive for the tag “Definitions”

It’s pretty much a simple fact: Personal bias can cloud your thinking. Things are complicated and unpredictable, but perhaps more than we wish to admit, we rewrite the past to fit into the script of our lives. 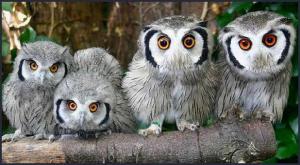 It seems better that way doesn’t it?  In our better life viewed in hindsight. We have to be careful though. We should face the future without using our clouded hindsight and make sure we understand what’s in store.

It’s not to say that we shouldn’t  apply lessons we have learned. The risk is when we apply the versions of the past that we have come to fashion ourselves. For our own sanity perhaps. Just a way to keep it together.

So as we step forward into tomorrow, I think it is wise that we are clear on how we got to “here” – but be sure we are at the very least honest with ourselves. Our inside reality should be applied.

Kids: Take the time to make good decisions, but base them on what you  know to be your own  real truth. Don’t use the cloudy script that may help to fit your story. Be sure you can be true to yourself.

Being away from posting on “Tracks in the Dust” for a bit. I wanted to add my comments about celebrating the new year of 2015. We are all looking for milestones in our lives aren’t we? To assure we are making forward progress, to be sure that we can commemorate the passing of a significant moments (anniversary, birthday etc).

A New Day: As it ends, it will start again

Over time I have learned that those special milestones are worthy of celebration, however that also recalls that every single day should be a milestone for life. There is a special meaning in everyday that we are here on this earth. We have time. Time to rejoice in God’s countenance, to embrace our loved ones with the thanks for the comfort and piece of mind that goes with knowing that we are all here for each other.

I am risking being cliché in so many ways. But as the clock struck midnight on 2014 and 2015 had arrived, it seemed like I was profoundly reminded that everyday should be about celebrating that it has come. The calendar is man-made, the pages that turn on it are governed by the 24 hours it contains, but each minute of those hours is a new opportunity to take a breath and understand the meaning of it. We connect with many people over each day, We need to do it with the kindness and compassion that we are all passing through this life “kinda fast” ( as the song “Tracks in the Dust”  says).

By now I think it is pretty obvious, everyone is looking for simple answers to complicated world. They are flocking to every outlet they can to find the answer, and hoping that the answer will provide them the calmness they desire to know that “everything will be alright”. But it is also probably no surprise that everything will not be alright. The world around us is complicated.

It always had been, but perhaps we weren’t so aware of the complications before. We had limited information about the complications, so we only knew what was hovering around our consciousness. We got our news from 20 minutes of TV or a half-read newspaper.

We called people on a phone and if they weren’t there we just left a message.No immediate response necessary. We didn’t look for others to provide us our opinion through 24 hours of TV or Internet. we had time to formulate it ourselves.

So the ingredients for complicating our lives is compounded by everything around us. The people who want to propagate all the fear, uncertainty and doubt. The fearful who want to share their fear with others so they can be less alone in their fear.  They are all willing to communicate to you in the most immediate ways.

Dissatisfaction compounded by threats that can be enlarged by others who are dissatisfied, compounding fear and turning it into hate and misunderstanding. It is such a circle that it appears that there is no end, it keeps going round and round.

The answer doesn’t has to be complicated however, there are ways to make change that are within our reach. Counting on our faith, reaching out for our hope, making peace with the world though Him.

In a time when being “dissatisfied” leaves to blaming others, to not look to our own accountability on things. Thinking that if there isn’t  a simple answer there must be a conspiracy, or someone else to blame. That leads nowhere.

Don’t like something? Become active in making change. There are peaceful ways to get to the end.

Now back to your regular programming. I will step off my soap-box.

Going to the Extremes

We want to embrace a position on things, everywhere we are being asked for our opinion. We want to look as though we are confident.We want to share why we feel the way we do, and in the end it puts us at odds with each other.

An example: People may say… you cannot like Green and like Orange at the same time- you are commanded to pick one. After all anyone who likes green surely cannot be an advocate of orange that the same time!  Or at least that is simply what people tend to want you to think.

Choose! This is the world of choice- so why are you in the middle? That makes you seem weak, makes you look stupid or something.

The internet is based around this communication, the media demands it, social networks want to know,… inquiring minds wan to understand and they want an instant response. What do the polls indicate?  Websites want your rating on everything, they measure the clicks to decide “interest” so they can continue to feed you more of what they believe you “like”

So in the end we look for the decision, winners and losers, haves and have-not’s, right vs wrong, “the time has come to stand up!”

And once we huddle around the decision, others “pile on”. They want to be acknowledged in being on the same side. Damn the facts, the hack with how people feel about the opposite things. They are stupid, ignorant, in the wrong “club” or the inferior political party. There is no middle ground, compromising would be a sign of weakness after all. Trust no one who contradicts your position in the choosing! They just don’t understand.

That is the extreme of my frustration I guess. There are not that many absolutes in this world when it comes to opinion. Some people even take the absolutes of the physical world and deny them.  Like there is a place for “maybe” – but only when it means picking an answer with conviction.

ALL that energy. All that anger or resentment. All of the time spent. Debate is healthy, but arguing “opinion” is like saying “my opinion is better than your opinion” … it has some sort of laugh-ability about it really. And sadness

I know I have posted about this before- but I still believe: Life is short. Focus on positives, make the most of the passage of time.

Getting Your Answer Now

So we live in these times when we can say ” I want my answer now!”. Believing it may be something different.

Just the other day I found myself arguing with a friend over a beer about world affairs and the economy. Unlike days not that long ago, we didn’t have to go on too long expounding about our views and the actuality of what was happening in the world.

The fun of arguing and having a position on something has been severely changed in this Information age.

The answer was in our hands! Both of us grabbed our “smartphones” and Googgled and Binged our way to what we saw was the answer to the debate on the current events of the day. AH-HA said my opponent, listen to this… as he began rattle off some profound insights… I wrangled my way to a URL that had other things to say about the topic too.

So there we were, both spouting off answers about the shape of the world. Knowledge was at our finger tips, the answers were there and we could settle this once and for all and go on enjoying our beers with a bit more repose.

EXCEPT there was one problem: Access to the information didn’t mean we could claim to be knowledgeable at all. In fact who’s to say that what is posted on those Internet  sites our search engines returned was  factual in any significant way? I mean they can site sources with keen authority, but are those sources really correct? For some cases aren’t they just other Internet sites? Are they at risk of being colored with their own opinions?

So there we were- we had opined that we had gotten to our answers about the world’s economy and agreed to disagree.

BUT THEN we realized it,,,, that the Internet may have all sorts of biased and distorted information depending on its originator.

SO that is when we sparked up our next heated debate after all it is fun isn’t it?) : “Is everything you read on the Internet” the truth… just because it has an official name or URL that appears to have some authority or has a well-organized website – how can you know?..

My friends suggestion of how to solve that debate: “Let’s take a look on the Google and see “ …. okay – so I got my answer I guess…. 🙂