The Passion of Polarity and Meeting in the Middle

Words like “any or all” seem to be used with a lot of freedom these days. They are used with passionate polarity to help place people in their respective ends of an argument or position on a topic. It is frightening to hear people say that “all” of one religion or race are considered to be good or evil. I cringe when a see a person who believes something in particular is wrong because the only right way of thinking is what they believe- statements that hover around the idea that “any one who has an opposite opinion is clearly wrong” 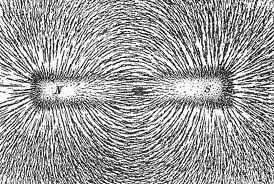 In the fast paced information age of the Internet we reward passion about subjects, then others who feel the same way help send it out in emails or websites to be soaked up and waved around like a flag. It could be passion about conservative views or liberal views, about organized religion or someone elses misdirected religious beliefs. There are so many topics that contain polarity that seem to tear a great number of people apart.

Polarity often is dangerous and can be the very thing that separates brother from brother, creates wars and crime, it can destroy beauty and delay progress. It becomes the fuel for fear, and the fuel for hate. It can tear apart marriages.

Polarity has its places in making our world a better world. Good vs Evil seems to make sense. One God. Sometimes there is only one choice, other times there are no choices- it is a fact of nature itself (which so often has its own polarity). We are all made up of many particles that need to have a positive and negative. But in the center is the core.

So there is something to consider. Polarity can be used to discover the middle or center, for without 2 ends or opposites there is no middle. When two people are so far away from each other… the path to the middle is the hardest path, but is the action that can bring the compromise is a needed which can be part of life itself.

Perhaps polarity is the starting point to a path to compromise, it allows us to be passionate and it can allow us to come together somewhere in the middle and better embrace the outcome. Sure, we can pull hard in the opposite direction, like a tug-of-war. Then watch all the cheers and jeers by supporters and detractors around us, because people are interested in that diversity. Sort of like watching a train wreck or traffic accident. People don’t want to see it but can’t take their eyes off it. So many wallow in the struggle of polarity, like two teams fighting against each other. Not sure when the game should end. But the reality of it all it may appear, is that compromise, the middle – is not very exciting, not very “defining” and desirable. So we just aren’t interested.

Maybe we all desire this polar opposition, we look for the places to stand on it and don’t see the middle as a place to be. We may selfishly want the attention, or are blind to the opportunity, but we work toward being somewhere in the middle. Be keeping your eye out for middle. It’s not that bad. It can be that good. But then I am guessing you may disagree? Hmmmmmm.