Archive for the tag “Classic Rock”

Do You Remember Your First Record Album? 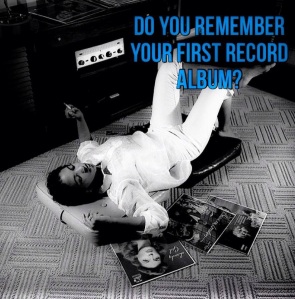 When I was a kid, I resorted to using my parent’s HI-fi console, complete with cloth covered speakers and walnut finish…and a spindle turntable with a drop down function that would allow you to play  a number of 33 rpm vinyl records or with the adapter it would accept 45 rpm singles too. The sound was just incredible for its day (nothing like now of course). Once the tubes warmed, up it was a great way to blast the 15 watts of power I’d guess it had.

So I remember firsts with albums based on what it was played on.

On my parents console;  “Introducing the Beatles” on Vee Jay records got worn out by the needle before I got a new copy. It was just the greatest album I had ever heard. Even remember begging my dad to loan me the money (under $4) to buy it at the local department store.

My first record player was all plastic, all in one portable player with 2 speakers ( but mono I think). When I got it I was certainly special to me. I shudder to think that anything would last long with the wear and tear the turntable would have likely induced. “The Monkees” first LP was introduced to my new portable plastic dream!

My first stereo was actually a hand-me down from my brother, but certainly welcomed as it was very “stereophonic” set, entrenched in my own room. A Zenith brand all in one system with separate speakers that fired upward with a cone-shaped thing above them to distribute the sound. The important thing with that was that was also the first time I owned “headphones” (take that Beats). The White Album by the Beatles became a favorite that Christmas season and I fondly remember the headphones making  semi-permanent marks in my skull.

When I finally had a job of my own I invested in my first “real” stereo system, after shopping carefully and deciding I was never going to be able to actually afford the McIntosh equipment I fell in love with at the Hi-Fi Fo Fum, I did get my JVC amplifier and tuner and a great turntable from Technics (I wish I had- it was totally manual with a weighted platter- just what the DJ’s use today). The EPI bass reflex speakers helped to make “Pink Floyd” Dark Side of the Moon one of the frequent players. That system ended up fueling many house parties in the future before its retirement.

So I do remember my first record album, but I also recall the equipment that made it such.

Technically my first album I owned was probably a Perry Como album. But later in life, with 1000’s of LPs later, I fondly remember the music and the times.

What is your first recollection?

It is kind of profound really. I did my best to commemorate the 50th anniversary of The Beatles playing on American TV for the first time. I can tell you that I remember right where I was on that night, playing with some elementary school friends who were the children of my parents best friends. 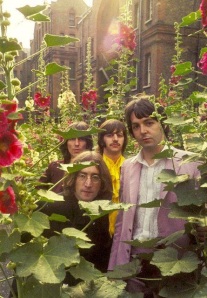 We all huddled around the black and white 19″ TV in their living room and stared and smiled. We boys were too manly to scream. My parents and their friends shook their heads in disbelief that these mop-haired musicians were so popular. They were sure that it would pass, this would be a novelty. Like the icons of the 50’s – they would burn out and something else would replace them also. But we found out later they were not replaceable. They were indelible and made a lasting impression on my life, and so many others of my generation.

Those impressions lasted. I have passed the torch in a way, and showed my children the simplicity of their music, the pure construction of the early years, the experimentation era and the ironic struggles to Get Back as they quickly disintegrated as the fab 4. It was the music, it is the music that has held up. I hear it in the songs and artist my children happily introduce me to. There are so many good ones actually. It takes a true musician to construct pop music that will last beyond the next pre-fabricated musical trends.

I clearly remember every album as they arrived. What I was doing and where I was. Long playing vinyl records that had 2 sides and in many cases didn’t last past 30 odd minutes in total. But there it was in the record bins. When I was younger I even purchased the “mono” versions instead of the stereo versions because it was an affordable $1-2 less than the stereo.

Looking back now I even bought my first (not last) copy of Sgt. Peppers Lonely Hearts Club Band in mono. I sat and listened to it that summer, over and over and sponged up the sounds that were so fresh and different that I had to keep playing them again. And the album came with the “words”- so even more than the music, you could enjoy the meaning as well as the tune. The album came with lavish cover art and cut-outs that made the physical album itself an experience.

I will always see The Beatles as the musicians who helped move my world from black and white to color. Helped me explore the music beyond the 20 songs constantly played on the AM radio. Helped me to consider the possibilities for popular music today and I can still them in the new artists music. Like so many other musicians at the time and since, they have paved the way for the music and the experience for my children and theirs in the future. Thanks to those iconic guys.